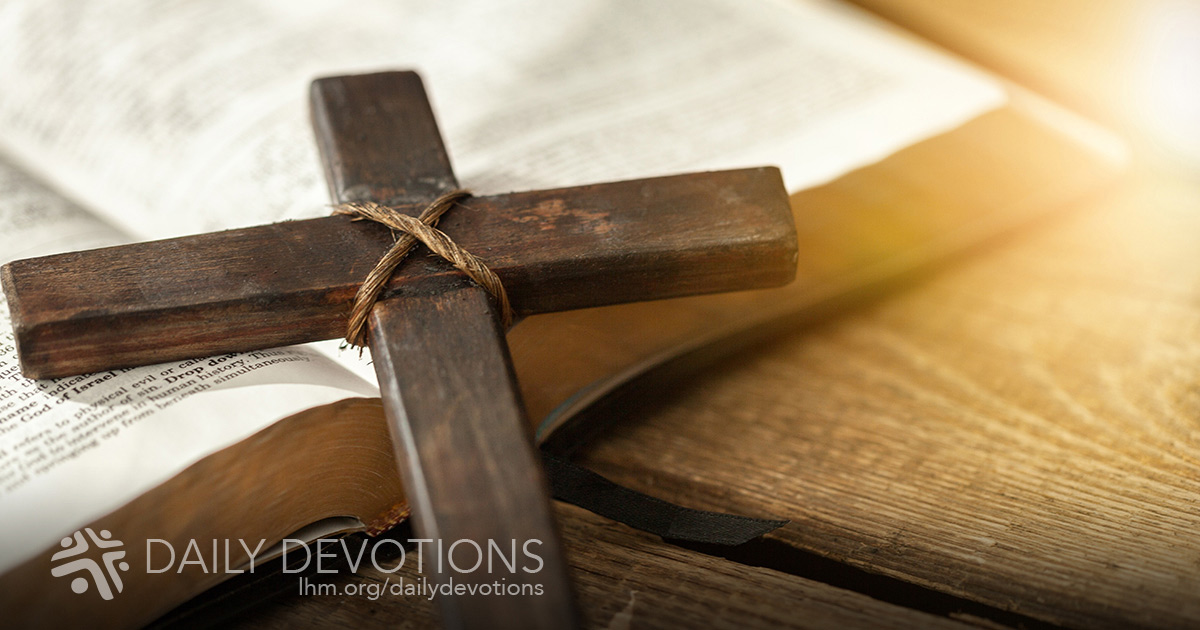 May 19, 2020
Acts 1:12-14 - Then they (the disciples) returned to Jerusalem from the mount called Olivet, which is near Jerusalem, a Sabbath day's journey away. And when they had entered, they went up to the upper room, where they were staying, Peter and John and James and Andrew, Philip and Thomas, Bartholomew and Matthew, James the son of Alphaeus and Simon the Zealot and Judas the son of James. All these with one accord were devoting themselves to prayer, together with the women and Mary the mother of Jesus, and His brothers.
What a time this must have been! The shock of Jesus' resurrection had occurred only a few weeks earlier. (No doubt the disciples were still reeling from that!) Since then Jesus had spent time with His disciples, conversing with them, relaying priceless details on the kingdom of God and why all the things that had taken place were necessary. He also "presented Himself alive ... by many proofs" and told them to wait in Jerusalem for the coming "Baptism in the Holy Spirit" (see Acts 1:3-5).

After Jesus' ascension the disciples "were devoting themselves to prayer, together with the women and Mary the mother of Jesus, and His brothers." With His departure, their beloved Rabbi, Teacher, and Friend was gone. While recent events showed God at work in a marvelous way, this still had to be a bittersweet time for the disciples. They so wanted to believe all Jesus had said and done. How they must have pressed their memories for details from His intimate talks with them, to hear again the truths He spoke about God's forgiveness and their need to love one another. But those conversations were gone.

With Jesus' departure, things were uncertain.

If you were there among Jesus' followers after His ascension, what do you think you would have done? What would have gotten you through that difficult period? Would Jesus' post-resurrection proofs have been enough to weather the storms that would follow? Would you cling to the Person whose words you had come to trust, whose life was now the model for yours, who gave Himself for your sins?

Or would the sneers and insults from an "I'm-not-buying-it" public chip away at your faith? Would the cold shoulders and little side comments (first from those you didn't know and then from those you did) start to grind you down until you, too, were scaling back your conversations about Jesus—even to your family and friends?

The disciples must have wondered: how do we keep the faith now that Jesus is gone? And what is this "Baptism in the Holy Spirit" all about?

THE PRAYER: Heavenly Father, strengthen us by Your Holy Spirit to stand firm in the faith when things appear uncertain and out of our control. In Jesus' Name we pray. Amen.

This Daily Devotion was written by Paul Schreiber.

1. When times are difficult and trying, does your prayer life change in any way?

2. What do think praying "with one accord" means? Would that have any special implication for Jesus' followers after His ascension? 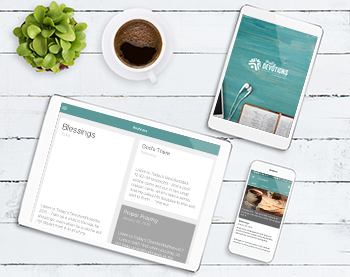 You can now access Lutheran Hour Ministries' Daily Devotions on your mobile device by using the new Daily Devotions app!
Inspirational Scripture-based messages at your fingertips every day
Season-themed devotions during Advent and Lent
Read the devotion text or listen to the audio version
Share the devotion with a friend using Twitter, Facebook or e-mail 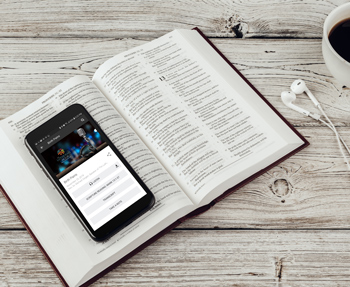 You can take The Lutheran Hour® program with you anywhere you go! An updated mobile app is now available for the world's longest-running Christian outreach radio program!
Play or download the audio or read the text of the program's current sermon
Search and play a sermon from The Lutheran Hour archive
Save your favorite sermons for easy access
Share sermons with your friends and family directly from the app!

You can also listen to the Lutheran Hour on multiple platforms.

Or click here to find a local radio station near you to listen to the Lutheran Hour Radio.

Audio
Listen to recordings of each day’s Bible readings, devotion, and prayer.
Devotions + Prayers
Applicable, easy-to-read meditations and prayers.
Over 2500 Devotions
Read seven years of Portals of Prayer devotions.
Search, Save, and Share
Search past devotions by keyword, save your favorites, and share prayers.